Smart fishing gear, scientific publications and training new researchers are just a few of the achievements of the Centre for Research-based Innovation in Sustainable fish capture and Pre-processing technology (CRISP).

CRISP, a centre for research-based innovation (Norwegian acronym: SFI) financed by the Research Council of Norway and our industrial partners, wound down early this summer after operating for eight years. In CRISP, partners from industry, fisheries sales organisations and research have worked together to enhance the sustainability of the fishing industry. This was done by developing “smart technologies” to promote responsible fishing while also improving the profitability of the fishing fleet and its suppliers.
While not all of the investigations and solutions tested were successful, the many accomplishments from the partnerships stand out. The three most important types of output have been: 1. new products/smart technologies; 2. scientific results, papers and participating in scientific forums; and 3. training researchers and professionals in the field of fishing technology. We are particularly pleased that in a traditionally male-dominated field half of the researchers and professionals trained under CRISP are women.

The Institute of Marine Research (IMR) is proud to have been the host institution for CRISP for eight years. The aim behind CRISP – sustainable harvesting of marine life – is a perfect fit with the institute’s core values and mission and has thus helped to reinforce our reputation both within Norway and abroad.

The centre’s research was organised into six scientific work packages.

Both the fishing industry and research institutions need more accurate tools for measuring the density and quantity of schooling fish. Kongsberg Maritime Simrad worked with IMR to develop a new, better, fishing sonar capable of quantifying the volume of a school before the net is cast. Broadband echo sounders that are able to better measure the sizes and species of fish before making the cast were also developed. This can significantly reduce the amount of unwanted bycatch and  discarded fish. For researchers and fisheries managers, these technologies will improve the accuracy of surveys conducted to estimate stock sizes and set appropriate harvest levels.

As well as requiring better information about the fish being targeted before making a cast, captains need to monitor the geometry of the net and the behaviour of the school inside it during fishing. Better catch monitoring technology enables fishers to optimise their harvesting strategies in order to maximise the value of their limited vessel quotas, as well as being good for sustainability by avoiding unwanted bycatches. In CRISP, this work package had three main areas of focus: 1) developing and testing sonar technology to assist with catch control inside a purse seine during fishing; 2) monitoring the net’s geometry and performance using sonar and transponder technology; and 3) monitoring the behaviour and welfare of fish in purse seines, particularly in relation to the gentle release of unwanted fish so that they will survive. 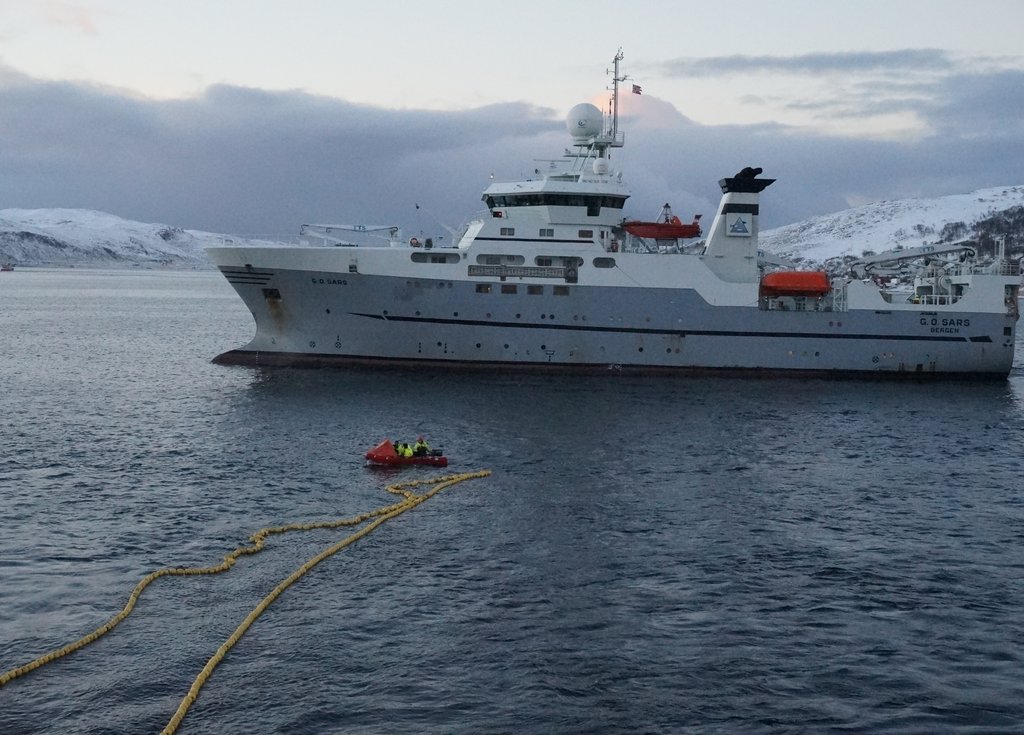 CRISP also aimed to reduce the unwanted bycatches of trawlers by giving captains real-time information about the performance of the fishing gear, and about the quantity, type and size of fish in it. The most important innovations were the development of visual systems for monitoring and classifying the fish going into a trawl and testing concepts for active selection devices to remove unwanted fish at the fishing depth.  Kongsberg Maritime Simrad’s FX80 and the Deep Vision system (Scantrol Deep Vision AS) deserve particular mention here. The FX80 system is a commercially successful product sold internationally and Deep Vision is now being used by IMR for its stock assessments and a more compact version is being developed as a tool for commercial fisheries.

Current trawling practice is not considered sustainable. As well as damaging the sea floor, it often produces a large bycatch, requires a large amount of fuel per kg of fish produced and produces fish which may be of lower quality than those caught in other fishing gears. The future of trawling will largely depend on the development of trawling techniques that significantly reduce these negative impacts. Work package 4 addressed the design, rigging and use of trawl gear to achieve those goals. This included developing controllable trawl doors (in partnership with Egersund Group AS and Kongsberg Maritime Simrad AS), studying the efficiency of semi-pelagic trawls with reduced seabed impact and developing a catch-limiting device so that maximum catch sizes can be matched with the capacity of the vessel’s on-board processing factory, resulting in higher quality fish for the consumer.

The Norwegian fleet of ocean-going trawlers has undergone significant changes since the turn of the millennium. One of the goals of CRISP was to increase the quality and value of the fish caught by changing the way in which trawls and catches are handled. Better quality can be achieved by minimising the stress caused by trawling and by introducing new technology that is gentler on the fish caught. Experiments carried out in partnership with Nergård Havfiske AS have shown that handling techniques similar to those used in capture-based aquaculture and fish farming (gentle handling, live storage in tanks prior to slaughter, automated sedation and bleeding, etc.) have a positive impact on fish quality.

The final work package focused on measuring the added value and sustainability of the new technologies developed through the work done at CRISP. Analyses focused particularly on the bottom trawl and purse seine vessel groups. Their financial status and profitability were investigated at the beginning of the CRISP project and then monitored throughout the duration of the project to see how the adoption of new technologies have affected profitability and environmental impacts. While it was too soon to measure the impact of the specific new technologies developed through CRISP, projections were made on the likely economic and environmental gains resulting from their adoption. 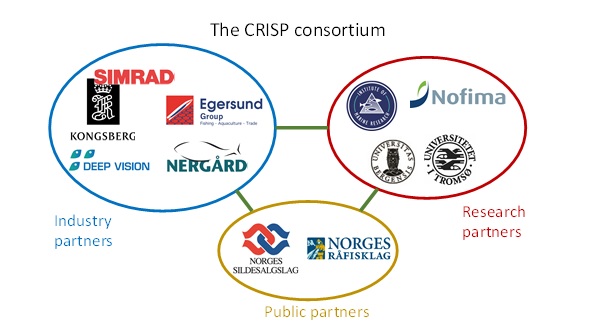