New study shows even very low concentrations of crude oil impair haddock larvae’s ability to swim. Negative impact was found at a third of what was previously believed to impact the larvae.

¬- We found that, although they looked perfectly normal, larvae exposed to crude oil swam 30-40% slower than non-exposed larvae. This lower swimming at sea was associated with an increase in a protein used as indicator of oil toxicity, showing that toxicity occurred even when embryos were exposed to very low concentrations of crude oil, says Alessandro Cresci, postdoctoral scientist at IMR and first author of the study. 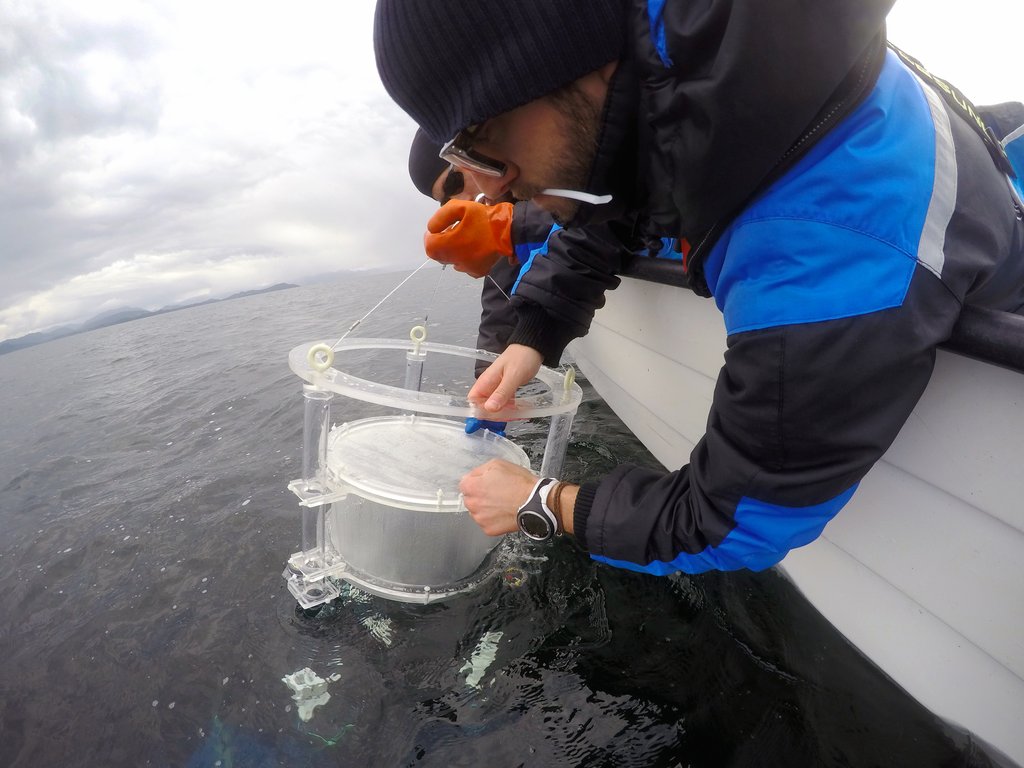 The haddock eggs are known to be sticky. When exposed to an oil spill, haddock eggs accumulate oil droplets on their surface, which damages developing embryos and larvae. This makes this species particularly vulnerable to oil pollution.

Previous work has revealed that exposure to oil causes malformations, damages the nervous and musculoskeletal systems, and causes abnormal heart function in fish larvae. This leads to increased mortality, which might impact future haddock stocks.

This seems obvious, but what happens when the oil dilutes down to very low concentrations, below the levels currently thought to have an impact? If there are no “visible” morphological signs of an effect, can we assume that larvae are not in danger?

The answer is no. 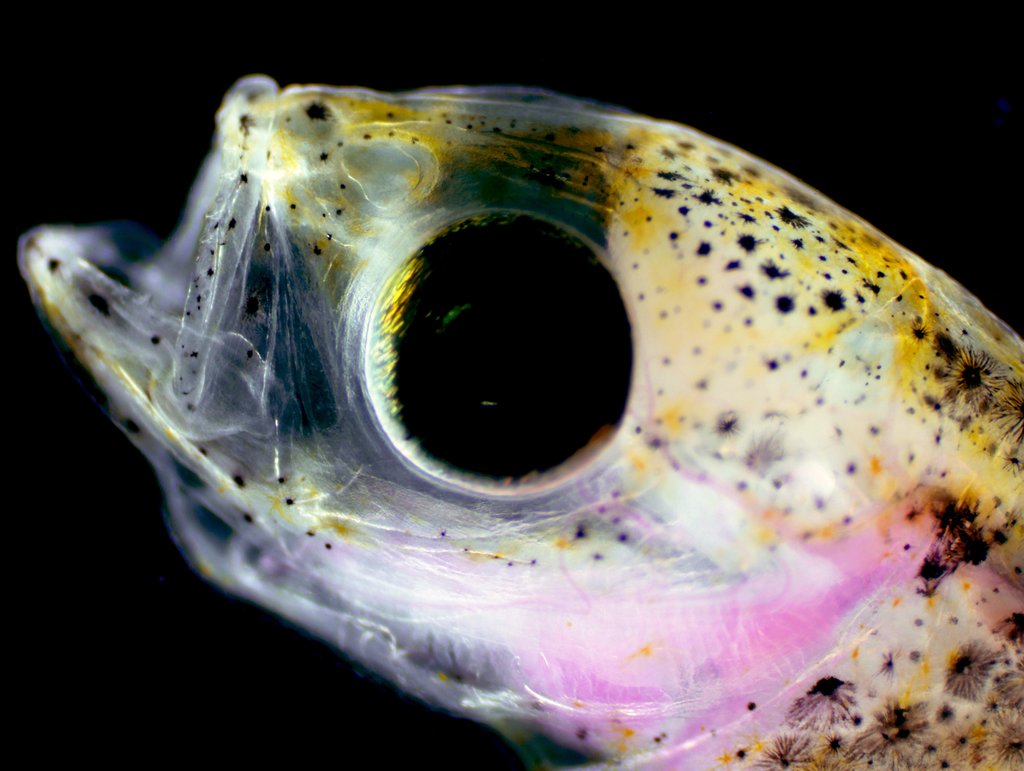 - These results demonstrate that impacts of oil on young fish go beyond what we can see with a microscope. If larvae swim slower at sea, they have less chance to escape predators or catch prey, and thus to survive.

To observe the impact of crude oil on haddock under natural conditions, the research team placed few millimeter-long haddock larvae in drifting, transparent chambers in a Norwegian fjord. In these chambers they placed three groups of haddock larvae: two that had been exposed to very low concentrations of oil as embryos (10 and 80 microgram of oil per litre), and one that had not (control group).

This is the first such study performed in natural (in situ) conditions. 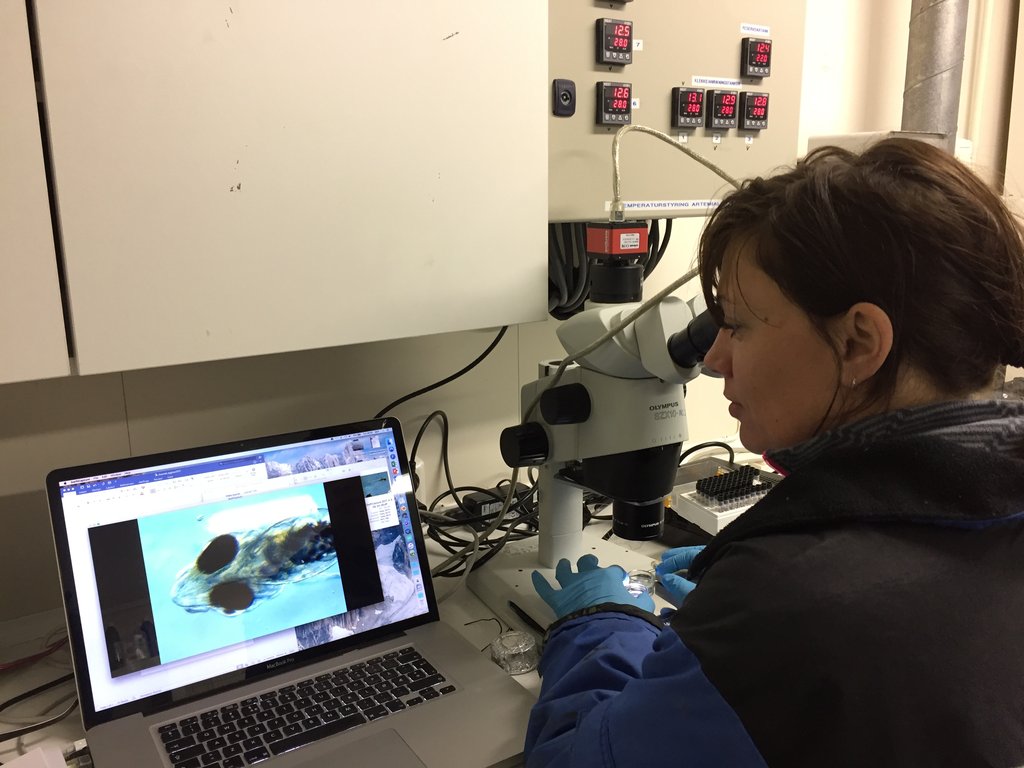 Elin Sørhus is immobilizing 3 days old larvae in gel to acquire images and videos for morphology analysis and cardiac function evaluation. Images and videos were taken using a camera mounted on a microscope. The larva in the image sits in the ventral position (laying on its back, yolk sac towards camera) to reveal the beating heart. (Photo: Sonnic Meier/HI)

Neither group of larvae showed any “visible” malformations. Larvae looked perfectly healthy and exposure to the low concentration of oil did not appear to have caused any negative effects. However, it turns out that there were subtle but important effects of oil exposure.

- This study presents a new approach to look at subtle behavioral effects of pollutants on larval fish. We observed impacts on swimming behavior at concentrations of crude oil that were three times lower than we previously thought would give an effect, says Elin Sørhus, a scientist at the IMR and co-leader of the project.

To what extent the impact of oil pollution so far has been underestimated cannot be concluded based upon this study alone. More research will follow to better understand the harmful and complex consequences of oil exposure.

The team behind this study consist of scientists from the Norwegian Institute of Marine Research’s (IMR) Ecosystem Acoustics and Marine Toxicology groups, in collaboration with the University of Miami, conducted cutting-edge experiments in the archipelago of Austevoll (Austevoll Research Station) in Norway