With warmer seas and less sea ice around Svalbard, fishing boats and expedition cruise ships move northwards and extend their operational season and areal coverage. The implications of the increase in human activity for the vulnerable ecosystem in this region can be severe.

In her master’s thesis, Alexandra N. Stocker tracked vessel movements in the fisheries protection zone around Svalbard from August 2012 to September 2019. All vessels above a certain length are required to use the Automatic Identification System AIS. The AIS tracking data were used to map where and when different vessels sailed in the area. The sailing patterns were then analysed together with satellite observations of the sea ice cover around Svalbard.

Catch of the day from further north

The total number of vessels in the area has been fairly consistent at, on average, 355 across all ship types included in the study, but Stocker points out a number of interesting observations:

- Most vessels in the area are fishing boats (almost 60%). The fishing industry continues to focus on the southern part of the fisheries protection zone. However, as the sea ice edge retreats further and further north, the fishing fleet follows. At the same time, they extend the season they operate in. In 2012/2013, fishing was carried out in autumn, whereas now it begins already in early summer and continues well into winter, reports the former master student who now published her work in Scientific Reports. 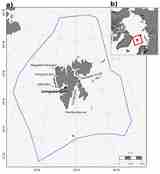 Map of the Svalbard Fisheries Protection Zone and overview of the changes in marine traffic int the area.

The number of passenger vessels has also remained fairly constant during the study period. Just as for the fishing fleet, the cruise tourism industry has extended their operational season considerably.

Passenger vessels are divided into large cruise ships that come from the mainland and only sail to Longyearbyen, and expedition cruise ships that enter various fjords and often sail around the entire archipelago. These two categories have developed very differently:

- The number of large cruise ships has gone down, but the number of passengers has increased, telling us that the size of these ships has increased significantly. The number of expedition vessels, however, has doubled in 2012-2019. These boats go far north and seek out the ice edge, because that’s where the tourists have the most sought-after experiences, says Stocker. 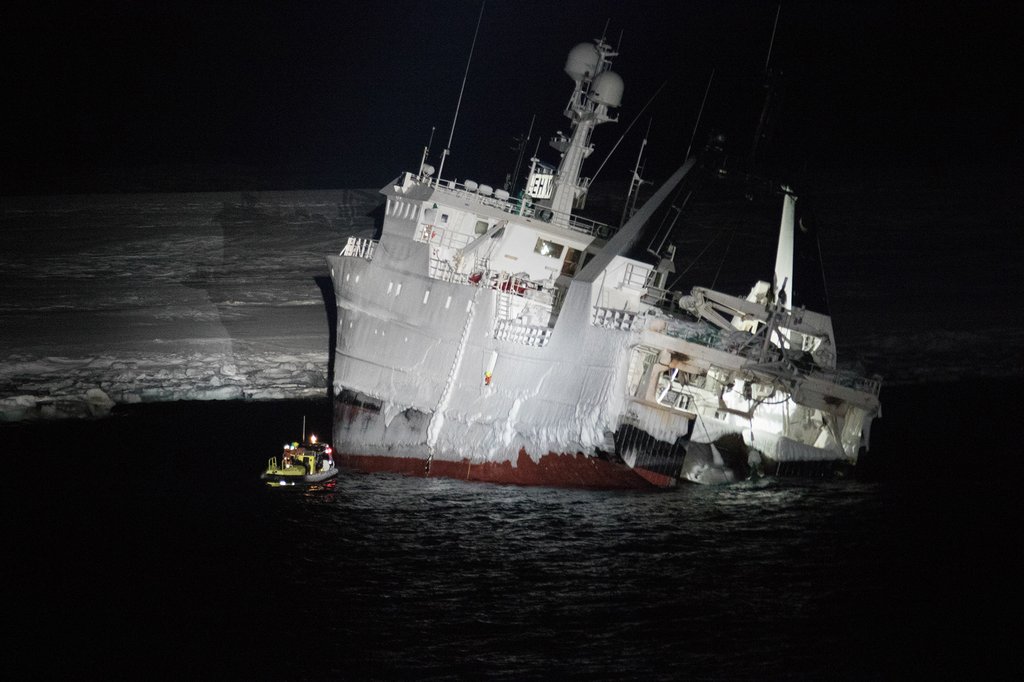 Challenging conditions: The fishing vessel «Northguider» ran aground in  Hinlopen Strait in Svalbard on the December 28. The crew of 14 was brought to safety after a challenging rescue mission. It took 1.5 years before the abandoned ship was removed. (Photo: The Norwegian Coast Guard)

- These changes are important factors for the sustainable management of maritime activities in the Arctic and the necessary Search and Rescue infrastructure for people and vessels in the event of an accident. Increased activity in the winter and near sea ice makes rescue operations even more demanding, says researcher Angelika Renner from the Institute of Marine Research (IMR), who has been Stocker’s supervisor.

Overall, Svalbard has relatively well-developed infrastructure and good connections to mainland Norway. Renner reckons that the challenges will be even greater in other, less developed Arctic regions.

Read the publication in Nature.com.