Cod living in coastal areas and fjords is called coastal cod. On the long Norwegian coastline there are numerous local cod stocks.

There are several local cod stocks along the Norwegian coastline from Stad to the Russian border. The share of coastal cod compared to Northeast Arctic cod is increasing from north to south. The amount (numbers and biomass), however, increases from the south to the north, and around 75 % of the coastal cod lives north of the 67 latitude.

Coastal cod lives from the kelp forests to deeper waters down towards 500 meter. This cod spawns in most of the fjords or in fjord arms in bigger fjord systems, however it might also have spawning areas similar to the spawning areas for Northeast Arctic cod. Coastal cod settles in shallow waters and rarely moves down to deeper waters until its two years old. It matures earlier than Northeast Arctic cod, grows faster and straddles less.

Coastal cod is distinguished from Northeast Arctic cod by means of the structure of the growth zones of the earstones (otoliths).

Latin name: Gadus morhua
Spawning-, nursery, and feeding area: Fjords and coastal areas
Maximum size: 1.3 m / 40 kg
Life span: Can live up to 20 years, but rarely exceeds 15 years
Age at maturity: 3–6 years.
Fecundity: First-time spawners can produce up to 400,000 eggs; the oldest females can produce up to 15 million eggs
Diet: Everything from plankton to fish 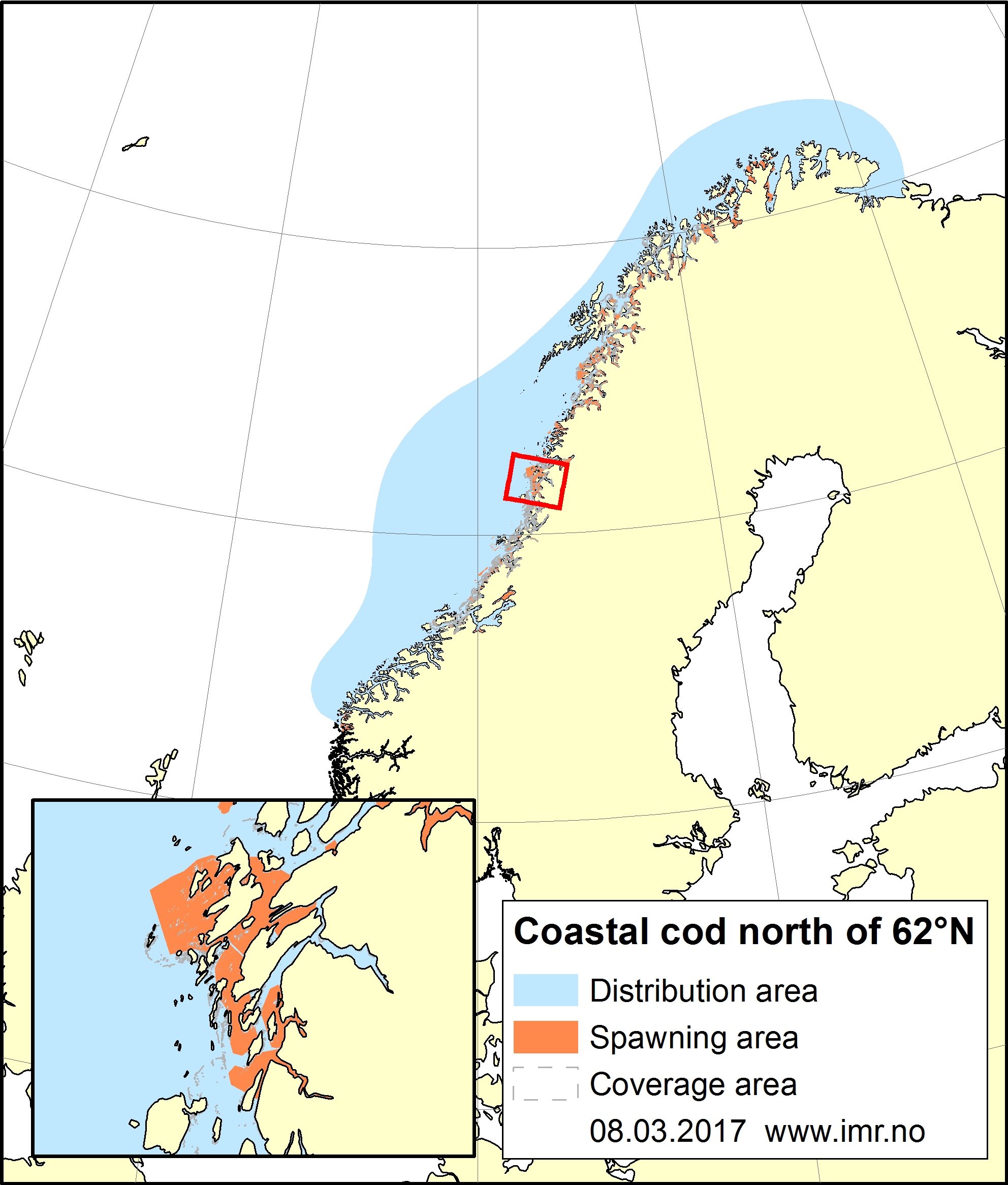