Fin whales reach sexual maturity at around 6–8 years of age. By then, the females are 18.5–20 metres long, a bit bigger in the southern hemisphere than in the northern hemisphere. The males are between 17.5 and 19 metres long when they reach sexual maturity. Mating takes place in the autumn and winter. The females have a gestation period of 11 months before giving birth to a 6-metre long calf weighing 1–1.5 tonnes. The suckling period lasts for 6–7 months and the calf is between 11 and 13 metres long by the time it is weaned. The females can have a calf every two years at the most, but some take a "gap year" and have a calf every three years. Twins have been observed in fin whales, but this is considered very rare. Hybrids between blue whales and fin whales have been confirmed.

Fin whales have a versatile diet and this varies from copepod (zooplankton) and krill to fish such as herring, mackerel and codfish.

Fin whales quick animals and can maintain speeds of 15 km/h when they are migrating. Short spurts of almost 30 km/h have been observed. Dive times are 3–10 minutes. Fin whales migrate between cold waters, where they graze in the summer, and warmer waters in the winter. Their calves are born in the winter. Observations suggest that not all fin whales leave their grazing areas in the winter, but their pattern of migration is not very well documented. 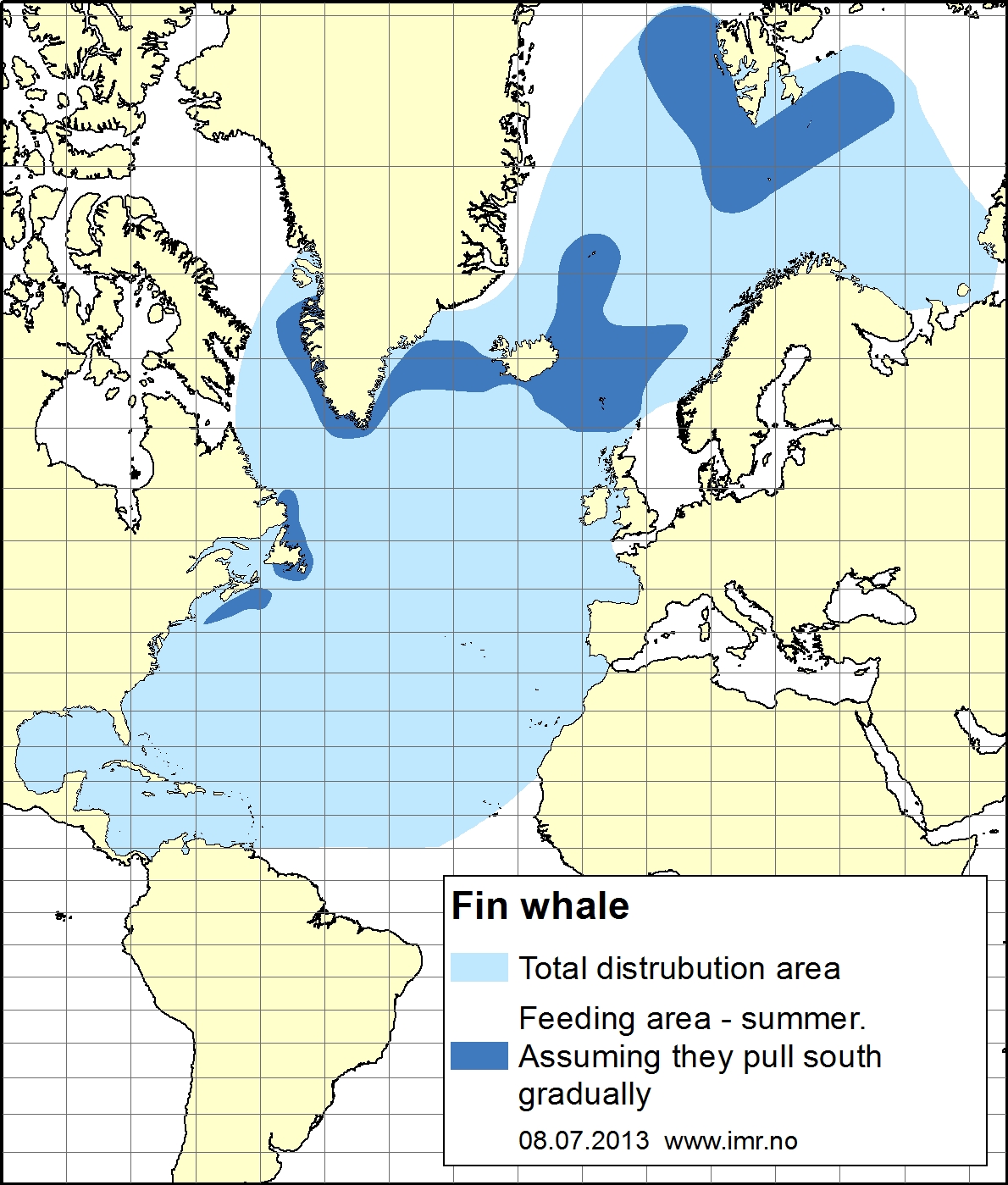 Name: Balaenoptera physalus
Family: Balaenopteridae
Body size: Up to 22 meters in length and 80 tonnes
Max age: Uncertain, but it is not unlikely that some individuals can become up to 100 years old.
Distribution: Fin whales can be found in all of the worlds oceans. In our waters is particularly associated with the shelf edge from Northern Norway and up to Spitsbergen.It is common along the Norwegian coast
Prey: Krill, fish and squid
Characteristics: Their upper mandible is dark on both sides, while the lower mandible is dark on the left-hand side and light on the right-hand side.