European hake (Merluccius merluccius) is a demersal fish. The distribution covers an area extending from Mauritania off the north-west coast of Africa northwards to Iceland and east over to Norway and the North Sea, as well as the Mediterranean Sea. The first official Norwegian landings record of hake dates back to 1935.

This demersal (bottom) fish is typically inhabiting depths of 50–600 during day time. At night individual fish may migrate vertically into shallower water layers to feed. The main prey species are mackerel, herring, blue whiting and mesopelagic fish, shrimps, and krill. Stomach content analyses also found that hake cannibalize on hake, but that the extent of cannibalism depends on fish size and location.

Hake that is distributed along the Spanish coast and in the Bay of Biscay spawns mainly between January and June, whilst fish in the North Sea and Norwegian waters spawn between July and October. During summer months large mature fish migrate into areas of the northern and central North Sea to spawn several batches at 80–200 m depth and bottom temperatures of 6–9 oC. The length at which males mature is between 37 and 45 cm, while that for females is between 50 and 59 cm. Younger and immature fish remain in the North Sea their first years before leaving the area – and only to return once mature.

Age estimation of hake based on otoliths is difficult, partly because of false annual rings and because of unclear otolith cores. Recaptured fish from tagging studies done off the west coast of France revealed that hake grow quicker than previously assumed. A genetic comparison of hake from the North Sea, the west coast of Norway, Skagerrak and Bay of Biscay showed small scale variation between the Skagerrak and Norwegian Sea, and a separation of these from the Bay of Biscay fish.

Hake with its firm white meat is a popular and sought-after species, especially in Europe. Spain is the largest consumer of hake, followed by Portugal, France and Italy.

Hake in the North Sea and Skagerrak/Kattegat is managed as part of ICES northern hake stock, which also covers the Bay of Biscay, Celtic Sea, and the area west of Ireland and Scotland. Hake north of 62° is not part of this management area.

Historically more than 60% of the annual hake catches have been taken with bottom trawl gear, and the remainder with set nets, longline and more recently Danish seine. Since 2010 however, bottom trawl catches have increased especially south of 62o and in 2016 contributed 88% of total catches. North of 62o, off Møre and Romsdal, hake is primarily caught with bottom nets and in recent years increasingly also bottom trawl gear. Annual catches range between 600 and 1100 tonnes. 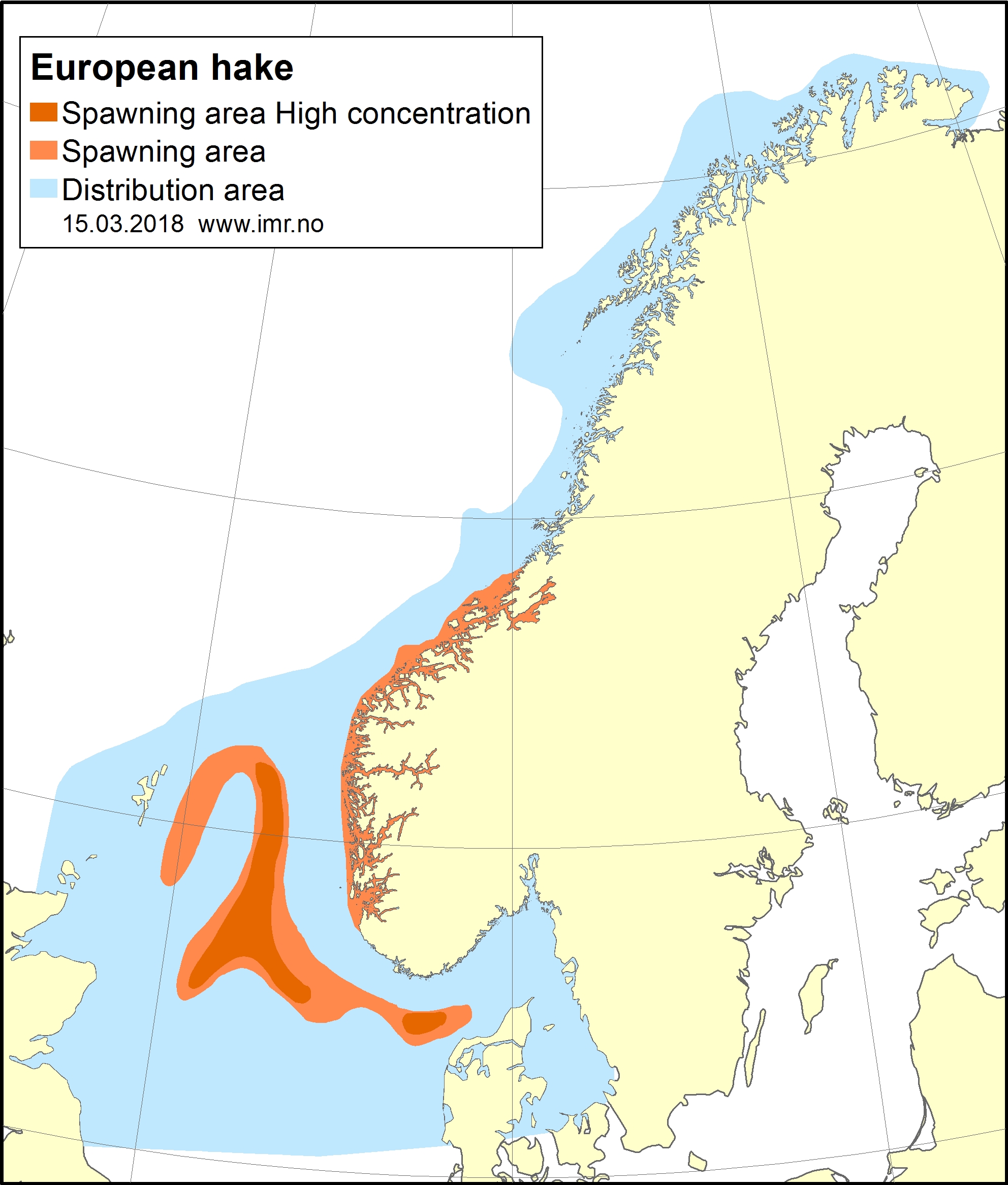