The killer whale is the largest species in the dolphin family (Delphinidae). With its high dorsal fin and its clear pattern with its white abdomen, a white spot behind the eye and a grey saddle patch on an otherwise black body, the killer whale is easily recognisable.

The males reach about nine metres in length and the females up to eight metres. The weight of adult individuals varies from 4.5 to almost 7 tonnes. Calves are about two metres long at birth and weigh up to 200 kg. The age at which they reach sexual maturity varies from area to area, but females are usually between ten and twelve when they rear their first calf. The gestation period is around 16 months and the suckling period lasts for more than a year. Their young are weaned gradually while they learn to catch their own food. Sexually mature females give birth about every five years and they can have young until they are a good 30 years of age. Then they have a non-productive period of 10–20 years. Both males and females appear to be able to live to about 50.

Killer whales occur in all the oceans, but they are, nevertheless, rare in tropical waters. They are also very sociable with a well-organised group and social structure. A group will remain stable over a long time and be organised around one mother (maternal organisation), with her daughters and sons and secondgeneration daughters. Interdependence between several groups is called clans and the clans are organised into communities. Off British Columbia in Canada, it has been shown that several communities can exist in the same area. A community of fish-eating killer whales is sedentary (resident) all year round, but groups from another community that mainly eats meat comes into the area for periods (transient).

It would appear, therefore, that killer whales are organised into communities by hunting strategy. Today, all killer whales are considered one species but it is possible that the species will soon be divided into several closely related species.

Some killer whales have a well-organised form of hunting. Killer whales off the Norwegian coast herd shoals of herring into tight "herring knots" just under the surface. Several killer whales swim in a "carousel" and scare the herring together using powerful blows of the tail and air bubbles. Then they take turns entering the carousel and helping themselves to this herring platter. Even more spectacular is the hunting strategy of meat-eating killer whales off the Valdes Peninsula in Argentina. Here, killer whales almost go ashore to catch sea lion calves standing at the shore edge. Other whales may also form part of the killer whale's menu. They have been known to take grey whale calves on their migration northwards along California. 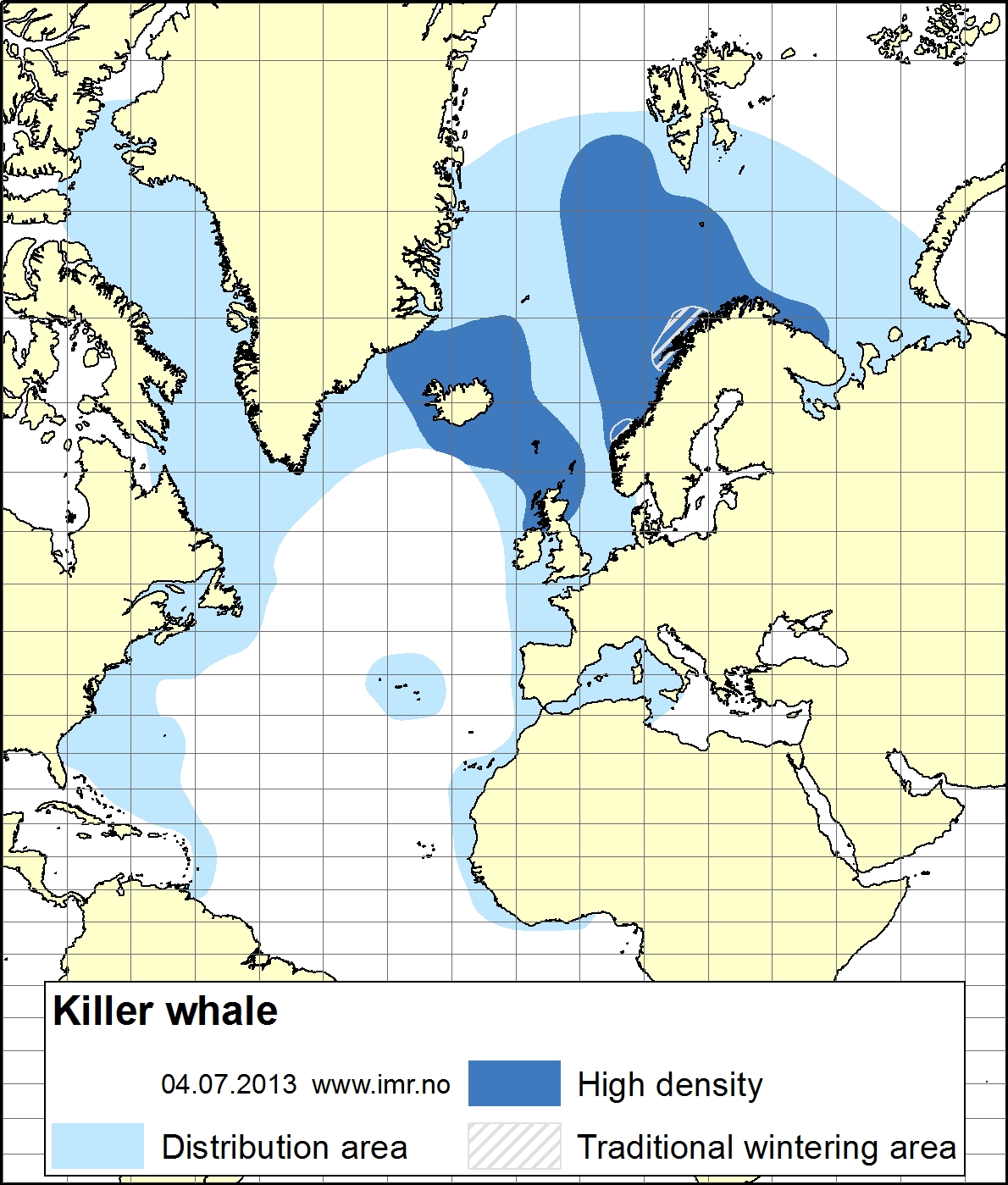