Ling inhabit various environments: areas of hard or sandy seabeds with scattered large rocks; warm, relatively deep habitats on the continental shelf; on north Atlantic sea banks; in fjords from the Bay of Biscay to Iceland; on the Skagerrak and Kattegat, and in the southwestern Barents Sea. Ling also dwell in the northwest Atlantic from southern Greenland to Newfoundland.

Commonly, ling are caught at depths from 300 to 400 meters. However, ling are also caught in the entire depth range from 60 to 1000 meters. Juvenile ling commonly occur in relatively shallow, coastal waters and on sea banks, including banks in the northern North Sea. Ling become sexually mature between the ages of 5–7 years.

Ling are believed to undergo an age- or size-dependent migration to several spawning grounds, which are: in deeper parts of the North Sea; the Great Edge (Storegga); area around the Faeroes Islands; on sea banks west of the British Isles, and the region southwest of Iceland.

Latin name: Molva molva
Family: Lotidae (Gadoids)
Maximum size: 40 kg and 2 m
Maximum age/ longevity:  30 years
Distribution areas: on the continental shelf, the continental slope and in the fjords from Bay of Biscay to Iceland, the North Sea, Skagerrak, Kattegat and in the southwestern Barents Sea.
Main spawning area: the North Sea, Storegga, near the Faroese Islands, on the banks west of Great Britain and southwest of Iceland.
Diet: Fish 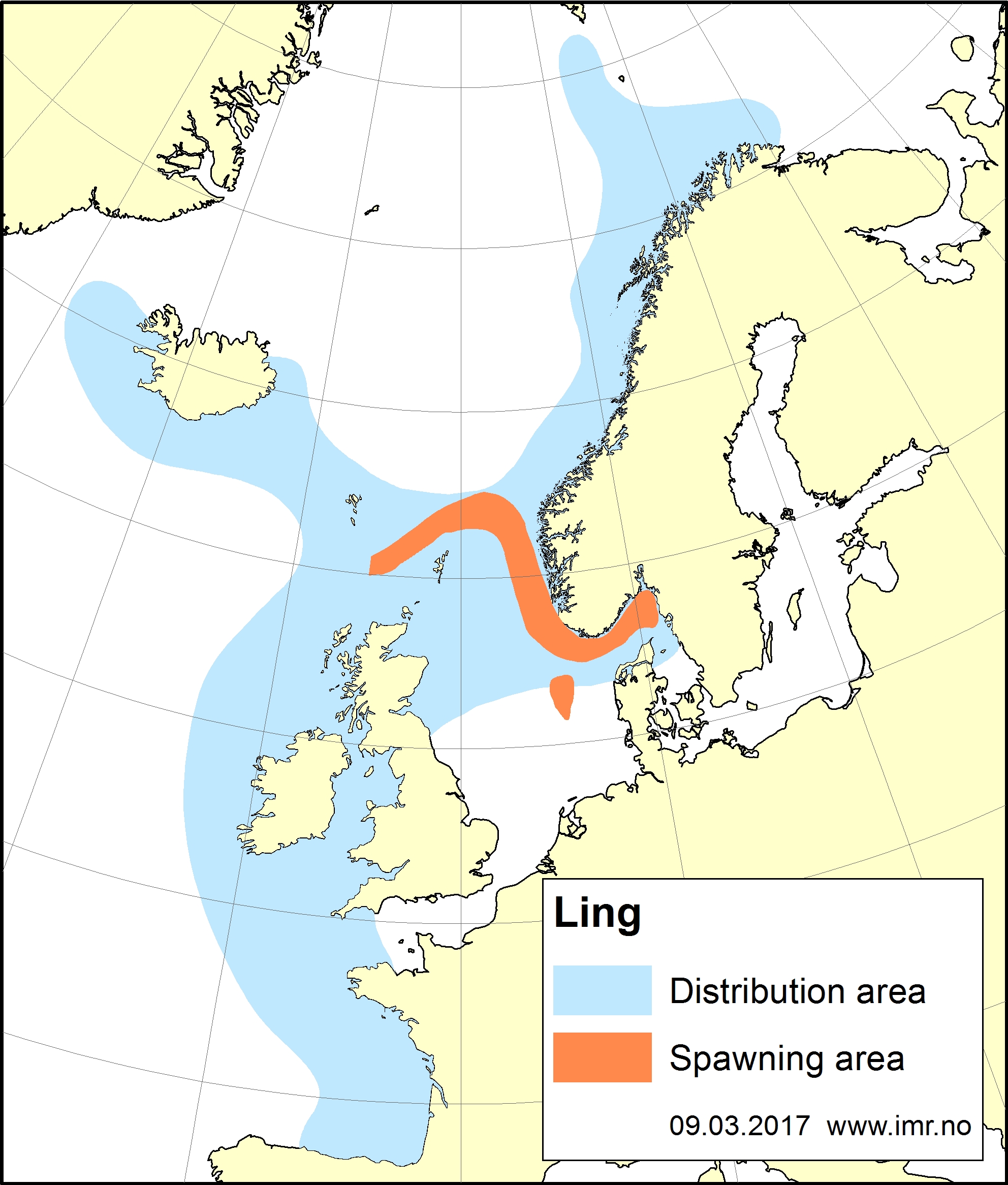