The European lobster has been found from the Mediterranean Sea to Northern Norway and west to the Shetland Island and western Ireland. It is usually found in shallow waters less than 40 m deep, where it is night active and shelter in burrows during daytime. Their preferred habitat is moderately exposed areas with a complex bottom substrate of a mixture of sand and rocks.

The lobster has a wide diet, hunting live prey and scavenging on dead organisms.

The European lobster, is among the larger crustaceans naturally occurring in European shallow waters, and can be up to 50 cm in total length with weight up to 10 kg, although specimens over 35 cm is rare. The first pair of walking legs are well developed claws, while the next two pairs have small claws. The long antennae are used for probing the near surroundings. The most important sense is olfaction and the shorter, double-set of hairy antennae are the lobster’s nose. Also the fan of short hair on the tail and walking legs are finely tuned smell and taste receptors. In Norwegian waters lobsters are usually black, but bluish, brownish, reddish and white lobsters can occasionally be seen, often with white markings near the eyes and mouth parts.

The lobsters come together in pairs only to mate, and are aggressively asocial at other times. A female receives packages of sperms from the male during the copulation and split up afterwards. When copulating, the gonads are undeveloped and need up to a year to develop and spawn ripe eggs. The eggs are unfertilized when spawned and are fertilised when passing the sperm packages in the oviducts. The fertilized eggs are then attached underneath the tail for another 9 to 11 months. European lobsters spawn from 5,000 to 40,000 eggs, dependent of the size of the female.

In Southern Norway, the eggs usually hatch between June and September, mainly at new or full moon and late at night or in the early morning. The planktonic larvae, 1 mm long, swim in the upper water layer. They will moult four times, to moult stage IV, before they seek to the bottom, 10–13 mm long. The metamorphosis from larvae to juvenile happens at the transition to the benthic moult stage V. Now the lobsters need to exercise one claw by pinching hard objects as shell spats, to develop a crusher claw.

Wild early benthic phase European lobsters (4–20 mm carapace length, CL) have hardly ever been found anywhere. They are either so sparsely distributed or so well hidden that their whereabouts are kept an unsolved mystery. The smallest lobsters found in the field in Norway are at least 20–50 mm CL. Lobster juveniles out of shelter are very vulnerable to predators. Still, tagging experiments show that they are quite stationary after settling into a suitable habitat.

Lobsters are usually not caught until adolescent phase at 50 mm CL. In the Norwegian stocks sexual differences in morphology usually occur when the lobsters reach 80–85 mm CL, when the females develop broader tail and the males claws grow larger. More than 30% of the 80 mm CL females in some areas of Southeast Norway carry external eggs. It takes 4 to 10 years for lobsters to reach minimum legal size of 88 mm CL, due to huge variation in growth rate. Lobsters keep on growing and reproducing as long as they live. They can grow very old. Studies of accumulating substances in the lobster brain calculated the age to be more than 60 years in some lobsters. 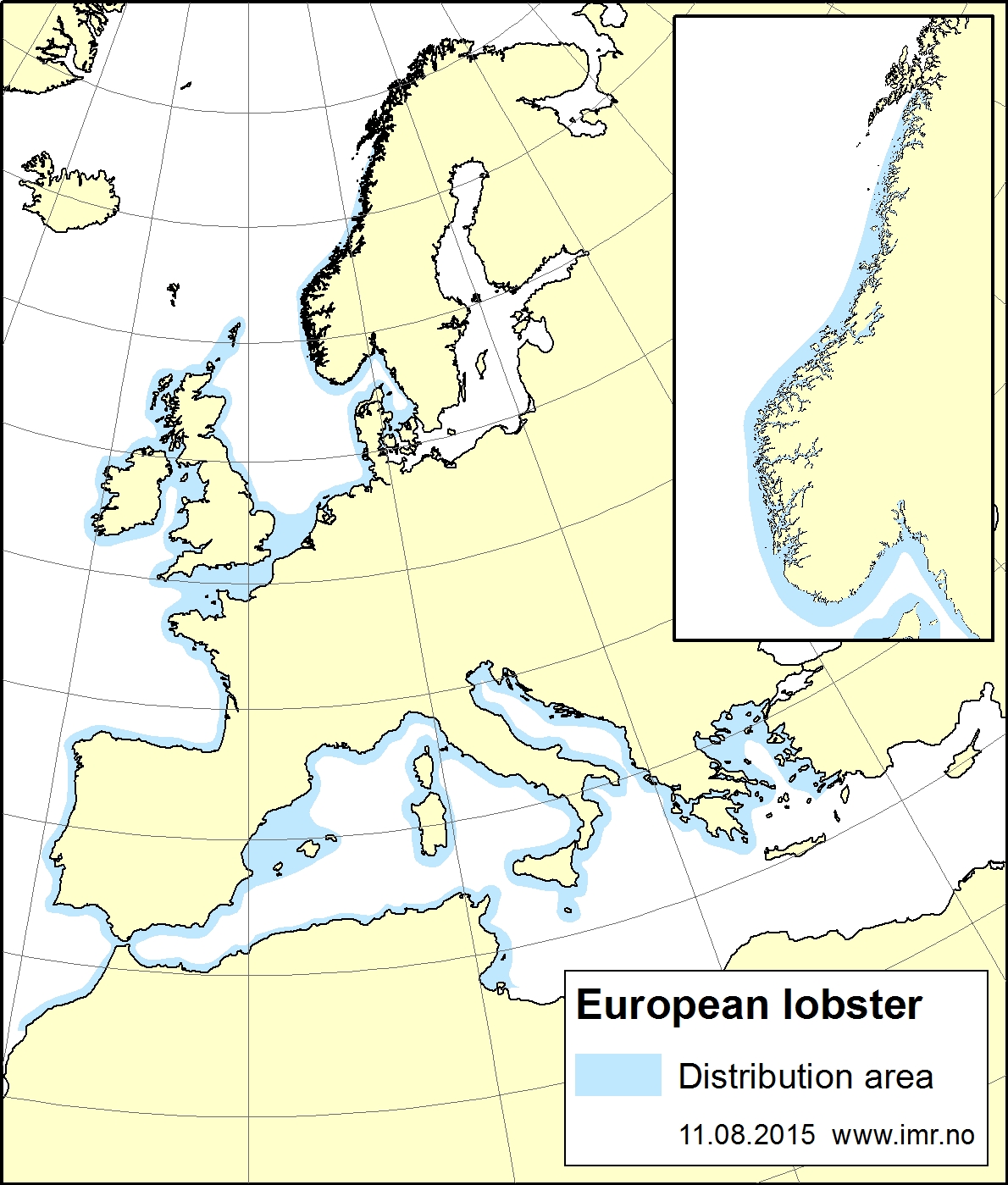