The Norway lobster (Nephrops norvegicus) occurs in the Western Mediterranean Sea and in the Northeast Atlantic from Morocco to Lofoten.

The species lives at depths of between 20 and 500 m, on seabed consisting of suitable muddy substrate where the lobster can dig its burrows. The burrows can be from 20 to 30 cm deep. The dependence of the species on suitable soft substrate results in a patchy distribution and geographically separated stocks.

Adults are stationary. Modelling studies have shown that the free-swimming (pelagic) larvae likely spread from one stock to another.

Spawning takes place during summer and early autumn, and the female carries the 1000 to 5000 fertilized eggs underneath the tail (abdomen) for 8 to 9 months. The larvae drift in the ocean for up to 50 days depending on temperature before they settle on the bottom.

The Norway lobster is omnivorous and will feed on just about anything edible it can find: other crustaceans, mollusks, polychaete worms, as well as carrion. The lobster itself is eaten by a variety of bottom dwelling fish like cod.

The species is pale orange in colour and is named after the kidney-shaped eyes. Nephrops means “kidney eyes”. The eyes are highly sensitive to light, and even short exposure to light can damage the retina. Depth therefore affects the diurnal rhythm of the Norway lobster. In shallow water the lobster lives a nocturnal life. In deeper water the lobster is most active outside the burrows at dawn and dusk, while individuals living at greater depths are most active during daytime. This variation in activity pattern is reflected in trawl catches since only lobsters outside their burrows are accessible to trawls.

The Norway lobster spends a lot of time hiding. Especially females with roe and young individuals seldom emerge from their burrows. This means that stock estimates based on bottom trawling are underestimates. Many countries, like Great Britain, Ireland, Sweden and Denmark use ROVs to count lobster burrows (Under Water TV Surveys). The number of burrows per area is used as an estimate of density. However, counting burrow openings on the bottom is not straightforward. Other species may have similar burrow openings, or some burrows may be abandoned or taken over by other animals. In addition young lobsters often dig their burrows as extensions of adult burrows. 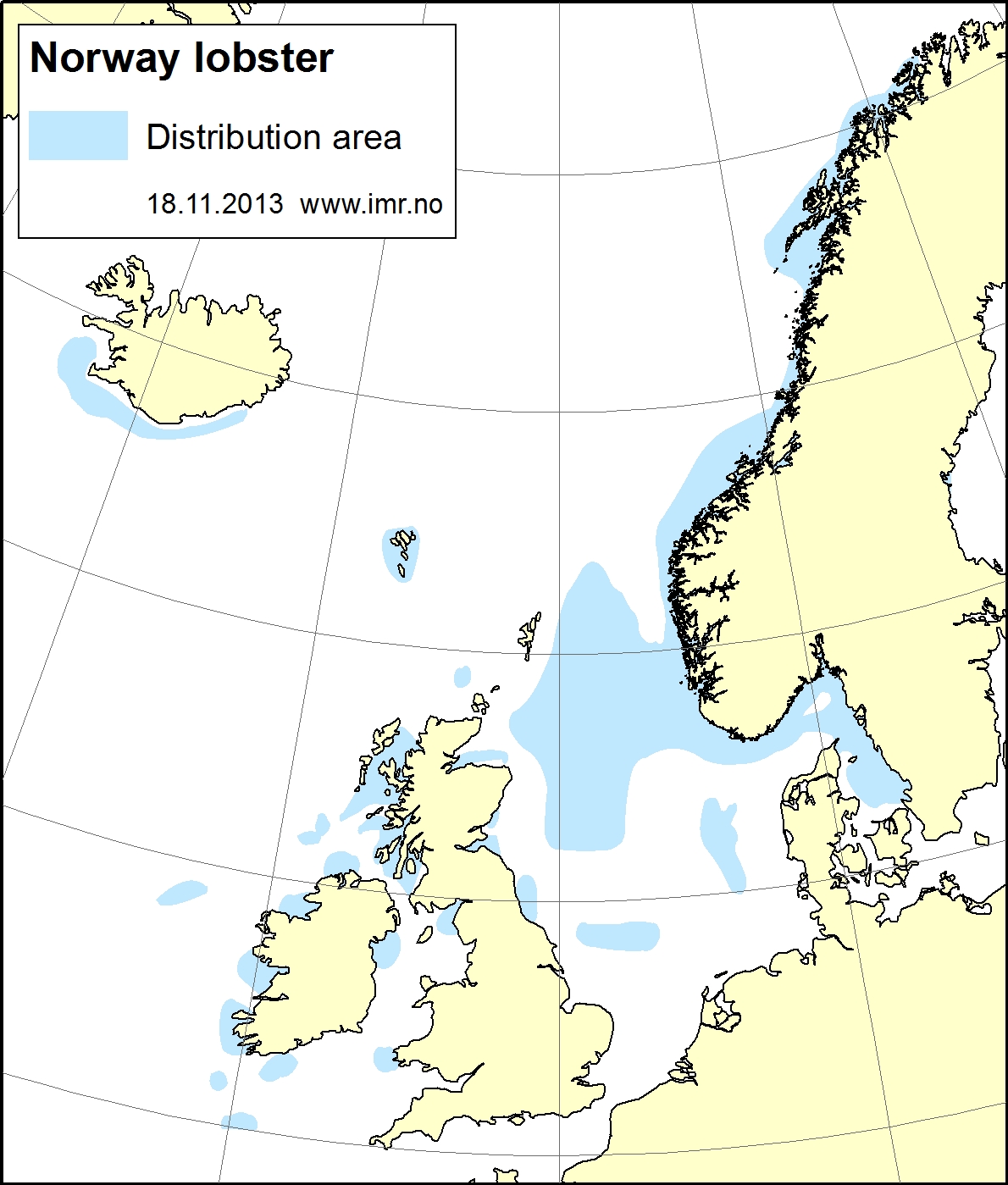