Norway pout is a small, short-lived fish species in the cod family (Gadidae) that lives at depths ranging from 50–250 meters.

Spawning takes place from January to May in the area between Shetland and Norway. Eggs and larvae then drift in the upper layers of the water column, and are transported into the Skagerrak. Before maturation, individuals migrate back into northern parts of the North Sea. Approximately 20% of the population spawns for the first time at age one, while the rest become sexually mature at age two. Recently, spawning grounds have been identified off Lofoten and Vesterålen in northern Norway.

Norway pout constitute an important link in the marine food web: they feed primarily on crustaceans, particularly krill and copepods; and they themselves are prey for a number of larger fish such as cod, whiting, and saithe, and also marine mammals.

There is no agreed-upon international management strategy for Norway pout. In later years, however, quotas have been set to ensure that on January 1, after the fishing year ends, the remaining spawning stock should be greater than 150,000 metric tonnes. Because Norway pout is a short-lived species, individuals will likely spawn just one time. This may result in high recruitment variability, and spawning-stock biomass that varies widely between years. This, in turn, may result in large swings in population size, an inability to provide reliable long-term forecasts, and setting fishing quotas which vary greatly.

The ICES ecosystem-based management strategy emphasizes the importance of maintaining healthy stocks of species which serve as food base for important predators.

Fisheries for Norway pout are carried out using small-mesh trawls in deep waters along the Norwegian Trench and towards Fladen, often in combination with fishing for blue whiting. Denmark and Norway conduct the largest fisheries on these stocks. Landings peaked in 1974 at 740,000 metric tonnes, and then decreased significantly after extensive regulations were imposed, including closure of a large area of Fladen east of Shetland; and limiting bycatch. For the Norwegian fishery, an ordinance was introduced in 2010 requiring the use of sorting grids to further reduce bycatch.

During the 1990s, annual landings of Norway pout fluctuated around an average of 150,000 metric tonnes. In recent years, landings have been modest due to poor recruitment and periodic closure of the directed fishery. The fishery was closed in 2005, reopened during the second half of 2006, and then closed again in 2007. During 2010, Norwegian fishers landed 61,000 metric tonnes, the highest since 1994. During the last five years, however, hardly any have been caught in Skagerrak. 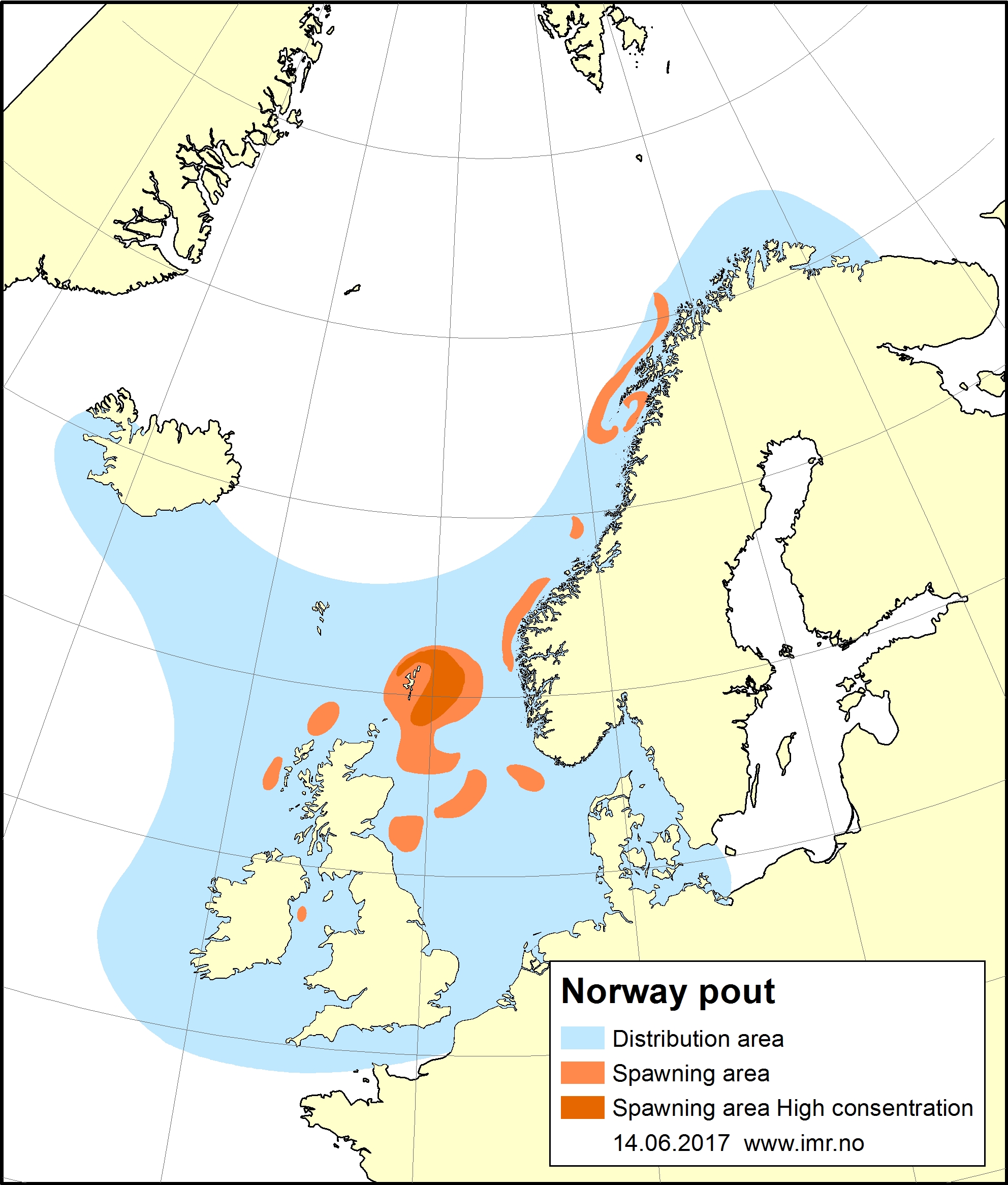