Polar cod is a pelagic or semi pelagic fish, ie. it lives in the free water masses, but is usually distributed down to the bottom, often in very dense concentrations. It is a cold-water species which thrives best north of the Polar front.

This resource has not been exploited to any noticeable degree since the early 1970s. The distribution area and the size of the stock are mapped by acoustic methods during an annual ecosystem survey in the autumn. It is not clear whether Polar cod found further north and east belong to the Barents Sea stock, which seems to spawn in two separate areas: east of the Spitsbergen Archipelago; and in the southeastern regions of the Barents Sea.

The Polar cod plays an important role in the area. It feeds on zooplankton and is eaten by other fish, seals, whales and birds. 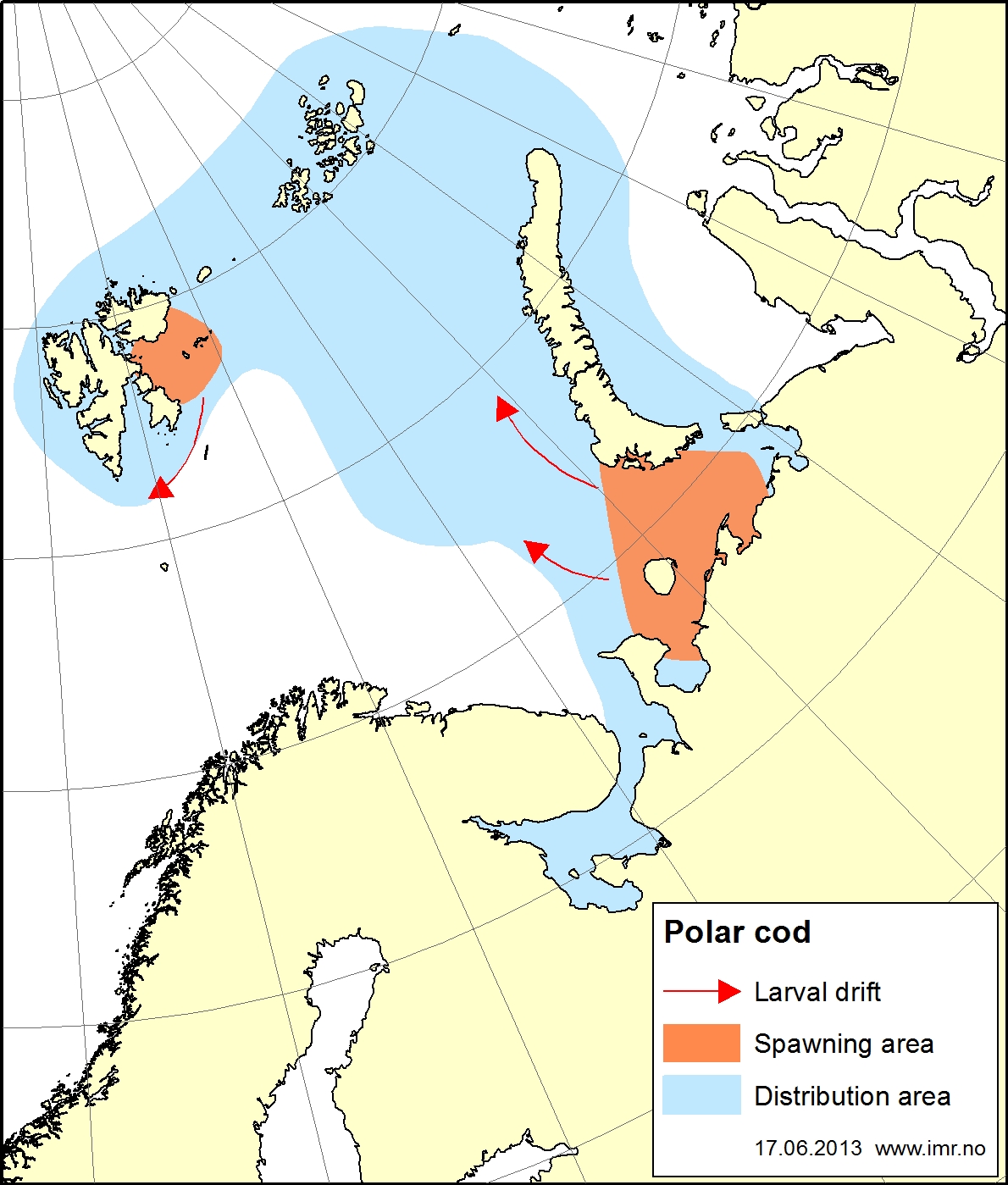