Russian scientists introduced the red king crabs to the Barents Sea during the 1960s to create a new fishing resource for the local fishermen. Since then the crab has spread east- and westward in the southern Barents Sea, and has become an important fish resource both in Russia and in Norway. The fishery is quota regulated in the Russian Economic Zone and annual landings are approximately between 9000–10 000 tonnes. In Norway king crab fishery east of 26oE are quota regulated with an annual quota of 1000–2000 tonnes. West of 26oE there is a free fishery on all sizes of the crab to minimalize further spread.

The king crab is preying on all sessile benthic species, with a dominance of soft bottom species. Investigations have shown that large specimens of benthic species such as echinoderms, bivalves and siphunculids disappear in areas with high abundances of crabs. I addition, there is a reduction in the number of species and body sizes. The dominating species after the crab introduction, are small rapid growing polychaetes.

Research have revealed that the predation by the red king crab on capelin eggs does not affect the recruitment to the capelin stock, whilst predation on lumpsucker egg clutches may impact on the recruitment to this stock. In addition, the king crab appear to be a vector spreading the blood parasite in fishes, Trypanosome. So far, there is no indications on the effect of this spread.

The red king crab larvae lives pelagic for about two months and may therefore contribute significantly to further spread of the crab. Experiments have shown that this larva may survive temperatures close to 20 oC, which entails a wide potential spread of the crab. Small local stocks of the crab pops up at irregular time intervals west of 26oE, but the free fishery management in this area, contribute successfully to keep these stock at a minimal level.

The appearance of the red king crab in our waters has been an eye-opener to everyone when it comes to the problems about introduced species in marine habitats, and it has indicated what challenges we are facing in future in this field. 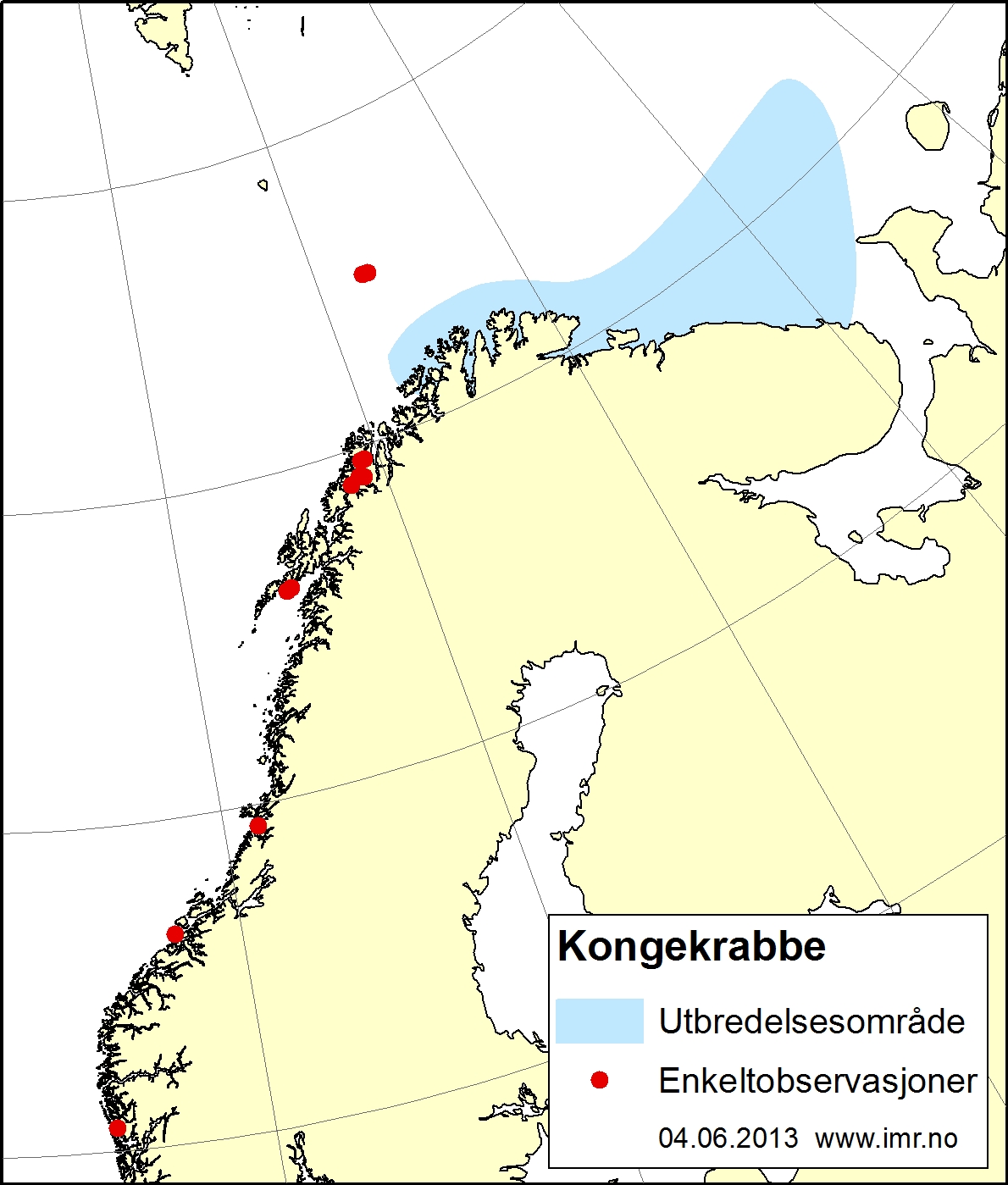