Tusk is a bottom dweller that prefers stony bottoms on the continental shelf and slope at depths between 100 and 1000 meters. The adults live in relatively deep water, while the juveniles prefer shallow water.

Tusk’s diet includes fish and larger crustaceans. Tusk inhabit areas from Ireland west to Greenland. In addition, tusk dwell in the Skagerrak, Kattegat and in the western Barents Sea. Tusk are also found in the northwestern Atlantic ocean, for example, off the northeast coast of USA and Canada, west of Greenland and along the Mid-Atlantic Ridge to around 52˚N.

Tusk becomes sexually mature at ages 8 to 10 years old, and the average age of maturity varies among areas. The known spawning areas are off the coast of south and mid-Norway, south, and southwest of the Faroese Islands and around Iceland. There are likely other spawning grounds. 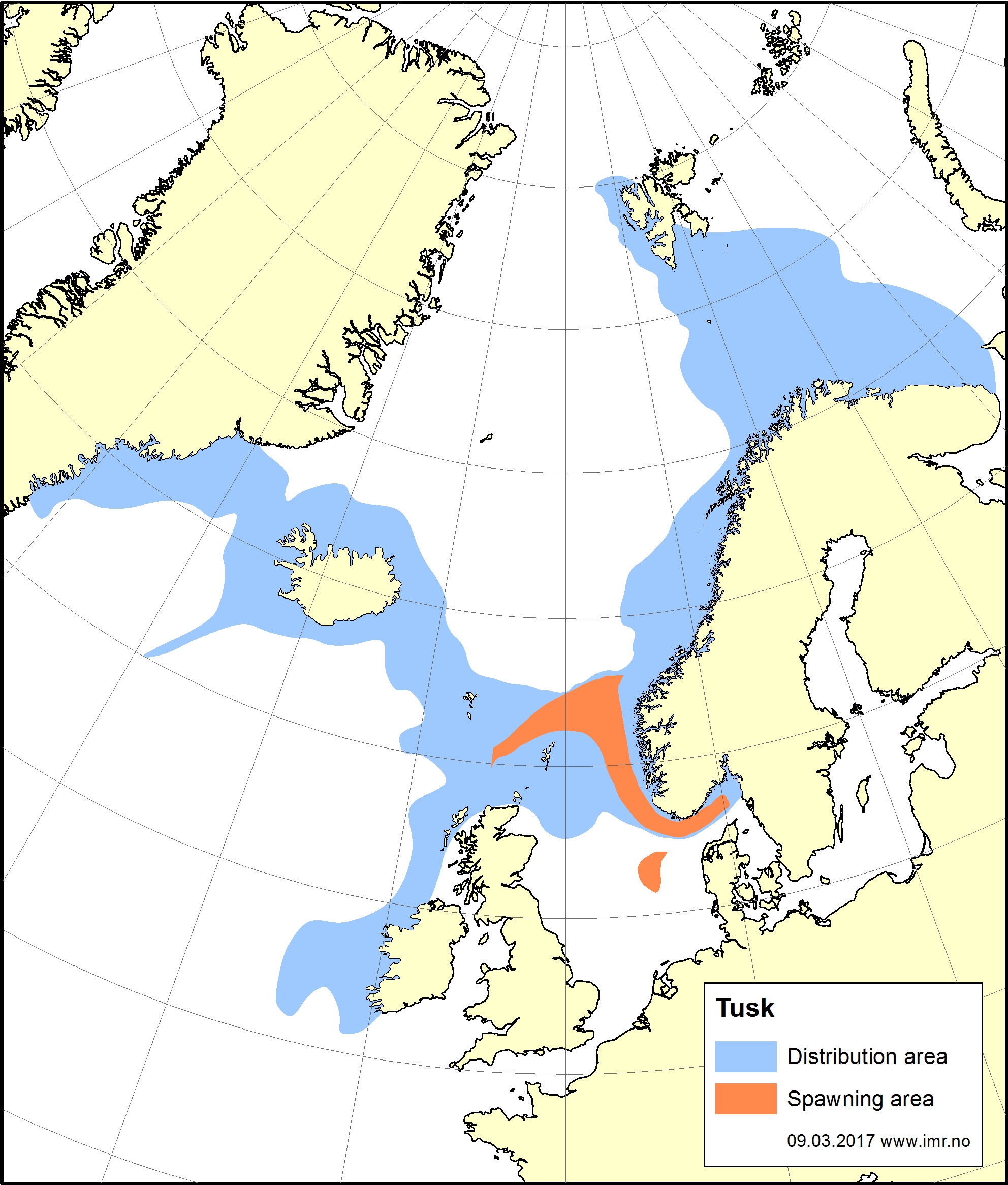