Four students were nevertheless able to complete their master’s projects in Norway. They have now returned to their home country with lots of valuable skills.

On 13 August 2019, there was a big event in Naypyidaw, the capital city of Myanmar, to mark the start of a collaborative project between the Institute of Marine Research (IMR) and Myanmar’s Department of Fisheries.

The aim of the project was to build up expertise on sustainable management of fisheries and aquaculture. Ten young researchers were to be given the opportunity to come to Norway or other relevant countries to do a master’s degree.

When Covid-19 struck in March 2020, it naturally made it difficult to hold any meetings. In spite of that, it was possible to carry out a number of activities within the project.
However, the military coup in February 2021 brought the project to a complete halt. The only activities that could continue were the ones involving the four students in Norway.

These students have now completed their master’s projects and returned home to Myanmar.

Not important in the grand scheme of things

“It has been incredibly exciting to learn about another country’s challenges in relation to fisheries and aquaculture, help to develop a project and of course follow the learning process of the participants in the project”, says the marine scientist Kathrine Michalsen, who was the project manager.

She has extensive experience of development cooperation projects, and she is sad and disappointed that the project could not be completed.

“But with the situation the country is now in, that is not important in the grand scheme of things”, she adds.

“I feel good about having made a positive contribution, and I definitely know there are four young researchers who will never forget this project.”

The four students who came to Norway did their master’s degree at the Norwegian College of Fishery Science, which is part of UiT – The Arctic University of Norway, in partnership with the IMR.

The first student to come from Myanmar was Zaw Tun Aung. Her project looked at how digital geographic information systems (GIS) can be used to plan fisheries and aquaculture.

“It is also normal to use these tools in Norwegian coastal zone planning, and they are important if there are many competing interests wanting to use the coast”, says Jens Revold, an adviser in the IMR’s Sustainable Development research group.

In her project, Zaw looked at a particular part of southern Myanmar and developed models to predict where coral reefs are found in the area.

Chit Oo Lwin returned to his home country at the end of September 2022. His project was about the use of lights for fishing along Myanmar’s coast.

Chit is trying to determine if the use of lights during the fishing operations would affect the catch rates, and equally important at why fishers fail to comply with government rules on the use of lights when fishing.

“Since using lights for fishing can affect catches and harvesting levels, this is important to look at”, says Revold.

The material for the projects was collected during a research cruise by Dr. Fridtjof Nansen in Myanmar’s coastal waters in 2018 and was analysed at IMR’s laboratories.

The students are now back in Myanmar, where they have started work at the quality control laboratory at Myanmar’s Department of Fisheries.

“They received practical training at our laboratories, focusing particularly on the methodologies used to generate the analytical data that formed part of their projects”, says Marian Kjellevold, a research scientist at the IMR. She was the students’ supervisor, together with Mari Johannessen Walquist of the Norwegian College of Fishery Science.

“We are pleased that the students are now back in their home country and that the project has helped to develop skills in this field for our former partners”, says Kjellevold.

Full of praise for the cooperation

The plan was to offer a total of ten scholarships for Master’s degrees through MYANOR-Fish. Bearing in mind the circumstances, the researchers are pleased to have achieved 40% of the target in this part of the project.

In total, there were four elements to the development cooperation: fishery statistics, capacity building, marine aquaculture and the law of the sea/marine management. Several of the activities that had started are now being continued by the project partners in Myanmar.

One important sub-project that had made good progress was setting up a network comprising seven universities in Myanmar with a focus on marine science and the country’s Department of Fisheries, with scholarships and apprenticeships. 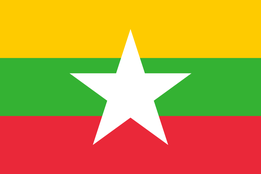