The blue ling (Molva dypterygia) is a benthopelagic fish of the family Gadidae in the North Atlantic.

In the Northeast Atlantic, blue ling is distributed from the Barents Sea along the coast of Norway to the west of the British Isles, around the Faroe Islands and Iceland, and off the east coast of Greenland. This species is widely spread over the entire area but has a congregating behaviour at spawning where the densities can be very high over defined places. It is on these spawning aggregations that the directed fishery earlier has been taken place. This directed fishery is now closed, and the species is only taken as bycatch from other fisheries in the area. The commercial value of the fishery is high, and the catch is landed for human consumption.

The stock structure is uncertain, but ICES defines three stock unites for this species; areas around Iceland the Faroe-Scotland area and areas off the western coast of Norway and Mid-Atlantic Ridge. Biological investigations in the early 1980s indicate observations of spawning aggregations from the entire distribution area and suggest that there are several stocks within this area. This is supported by differences in length and age structures between areas as well as in growth and maturity. Eggs and larvae studies from early studies also suggest the existence of many spawning grounds (Magnusson et al., 1997).

The information on juvenile nursery habitat is few but there are some registrations of juvenile blue ling from the Icelandic area. Adult blue ling is found over the entire distribution area and preferably over rocky bottom where they prey on fish, crustaceans and cephalopods.

Latin name: Molva diperygia
Family: Lotidae (Gadoids)
Maximum size: 15 kg and 1.5 m
Lifespan:  At least 30 years
Distribution: the Mediterranean Sea; the shelf from Morocco to the southwestern Barents Sea; west to Iceland and Greenland, and in the western Atlantic ocean from Labrador to Cape Cod.
Spawning area: Mainly on Reykjanes bank south of Iceland, around the Faeroes Islands, west of the Hebrides, and along the Great Edge (Storegga)​​​​​​​
Food: Fish 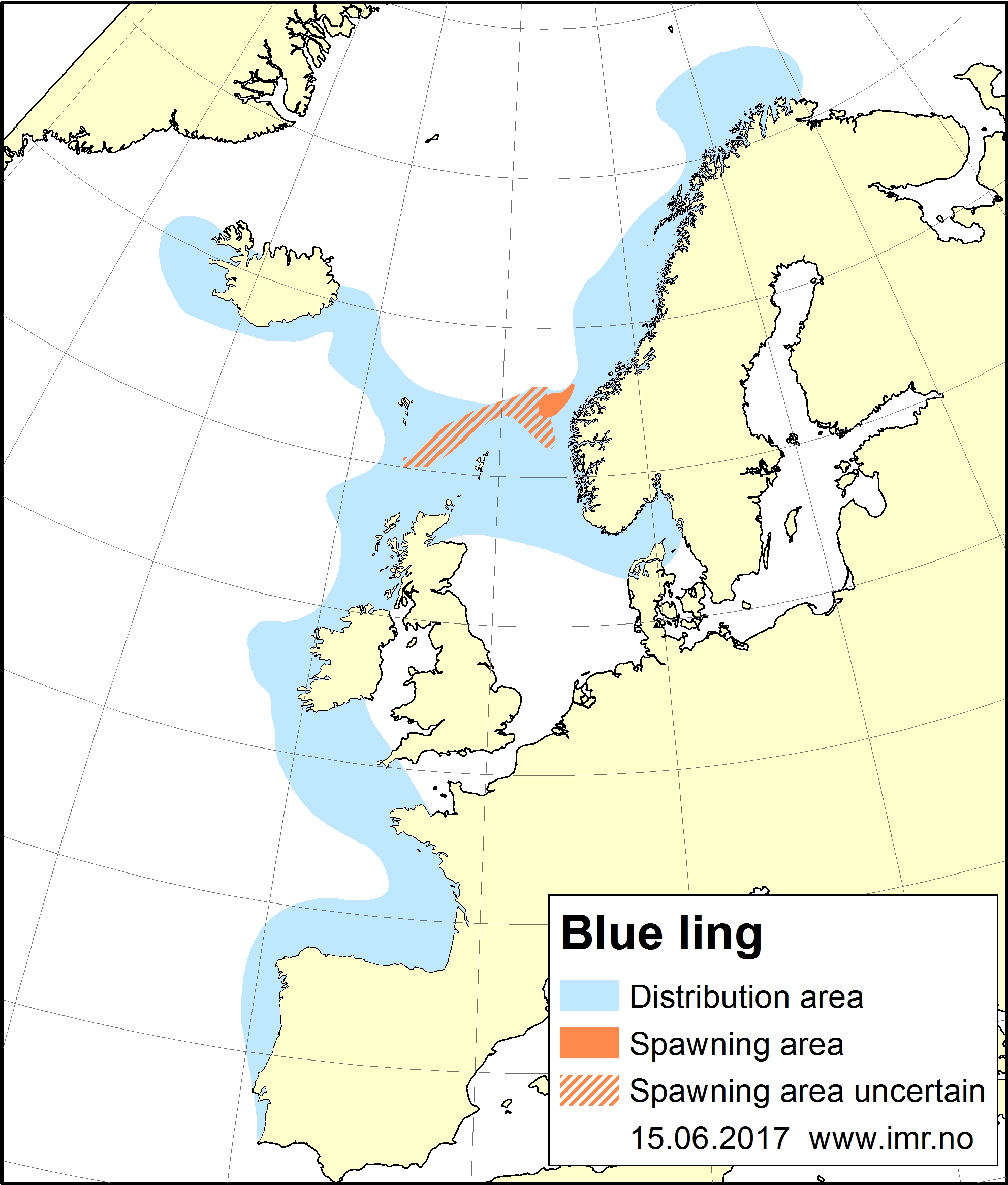