Norwegian spring-spawning herring has its main spawning off Møre during February–March, but spawning areas extends northwards to Vesterålen.

Atlantic herring spawns on the bottom where the eggs hatch after about three weeks. The newly hatched larvae drift with the current northwards along the coast and into the Barents Sea during summer. After 3–4 years, the herring leaves the Barents Sea and migrates southward along the Norwegian coast to join the spawning stock.

After spawning, NSSH migrates into the Norwegian Sea to feed. The main prey species is the copepod Calanus finmarchicus and main feeding areas are the frontal areas between the warm Atlantic and cold Arctic water, in the central and western part of the Norwegian Sea. In September/October, the herring migrates northeastward to the main wintering areas off the coast and in fjords in northern Norway. The southward spawning migration starts in January.

NSSH is a very important species in the ecosystems which it inhabits. It preys on Calanus finmarchicus and is itself an important prey for other species such as cod, saithe and other demersal species, in addition to sea birds and whales. Large numbers of killer whales follow the herring during its migration.

Before spawning the gonads account for about 20% of the herring weight, and large amounts of spawning products are deposited on the spawning grounds every year. This is an important food source for coastal species during spring and summer. 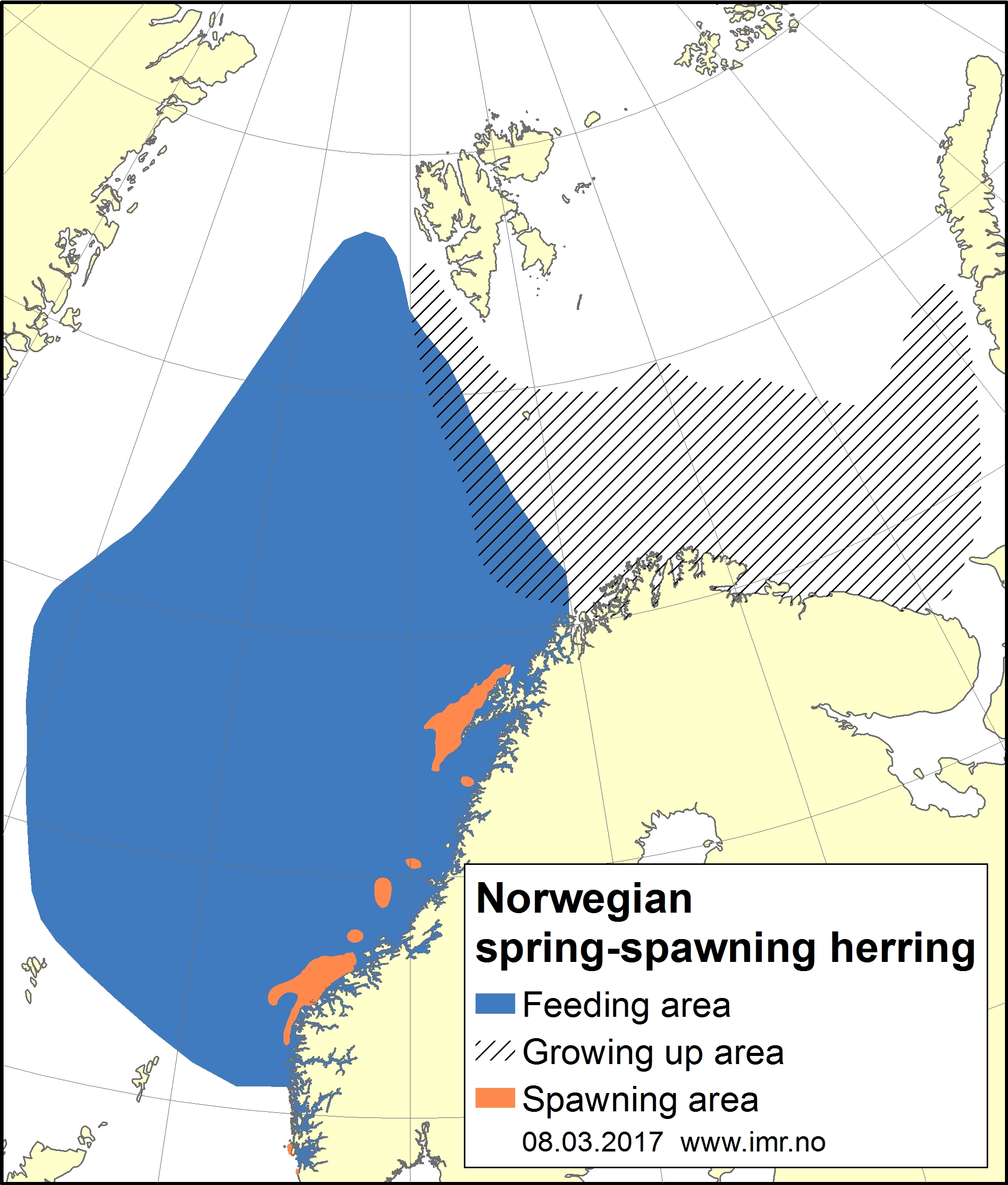