Our research contributes to increased knowledge on seafood and the environment through surveillance including mapping the occurrence and effects of pollutants in the ocean. Particularly, our research team investigates how changes in the climate could affect ocean health.

We map and survey contaminants in seafood including occurrence and effects of pollution along the Norwegian coast and ocean areas. Method development and surveillance of micro- and nano-plastic including nanoparticles is a priority area in the group. Our group is also investigating food security in a global context with participation in several international projects. Our monitoring and research provide a basis for advising the authorities, various industries and the general public on safe seafood, food security and environmental state related to activities along the Norwegian coast and ocean areas. 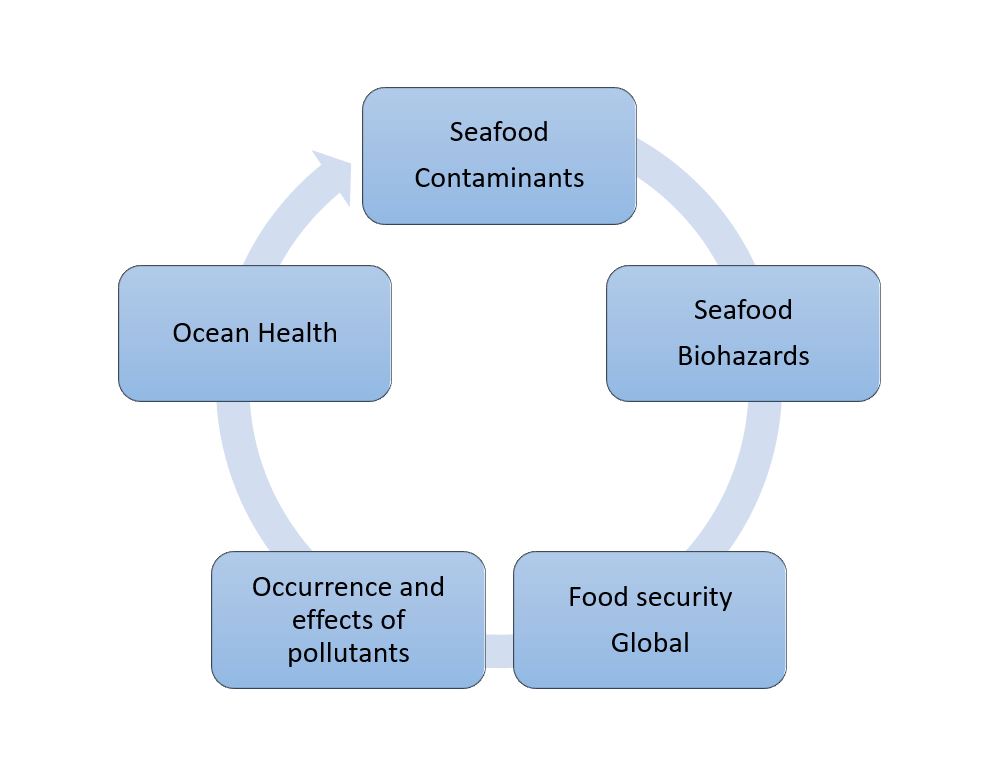 Our team has expertise in marine ecology, microbiology, nutrition, bioinformatics, ecotoxicology, environmental chemistry, analytical chemistry and parasitology and below are some examples of our research activities:

(Former name of the group: Contaminants and biohazards)