Historically the nutrient rich Benguela ecosystem supported large stocks of commercially important fish which sustained the Namibian fishing sector. Of recent, non-exploited species i.e. bearded goby (Sufflogobius bibarbatus) and jellyfish (Chrysaora fulgida and Aequorea forskalea) have become more apparent and are described as key-species in this ecosystem. Empirical evidence for understanding the stock abundance and dynamics of the bearded goby and jellyfish are still sparse, as research focus has been mainly on commercially important fish. The abundance of these non-exploited species in relation to the environment and commercial species are also not well understood. Lack of methods to effectively assess jellyfish and gobies have furthermore limited our knowledge. Fisheries acoustics can cover large water volumes and observe many trophic groups and interactions simultaneously hence is currently proposed as the most reliable observation tools available for studying marine ecosystem. 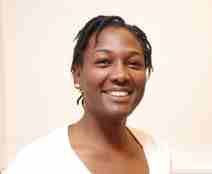 For acoustic assessments using echo sounders, the ability to detect, identify and distinguish targets from each other and the echo ability (target strength: TS) of individual targets is pivotal to convert acoustic data from a calibrated system into significant biological measures. Without effective acoustic identification (ID) techniques and knowledge about TS of species the application of acoustics is limited. The swimbladder contributes more than 90% to the backscattered energy from fish, which makes knowledge of swimbladder vital for understanding the acoustic properties of a fish. Prior to this study, the presence or absence of a swimbladder within the bearded goby has been uncertain. This PhD study focused on the acoustic techniques and the characteristics of the target species that are required to assess their biomass and ecological interactions.

Using the data collected by RV G.O.Sars during a April 2008 survey in northern Benguela: 1) the acoustic signature, termed frequency response r(f), of gobies and jellyfish was established from acoustic recordings on single-species aggregations; 2) a novel acoustic ID technique which integrates current multifrequency ID techniques (dB-differencing, r(f), top- and bottom-thresholding) and a r(f) similarity comparison technique was developed; 3) the in situ TS of the bearded goby and jellyfish at multiple frequencies (18, 38, 70, 120 and 200 kHz) by single echo detection (SED) approach was estimated; and 4) from 26 dissections of sampled goby, the presence of swimbladder was confirmed, and its morphology roughly described as a physoclist (closed swimbladder) with an extensive gas gland.

It was surprising that the r(f) of jellyfish, a large fluid-like zooplankton, reflected resonance at the lower frequencies, similar to gas inclusive targets e.g. fish and siphonopores. This raised a question whether jellyfish is a gas inclusive zooplankton and whether their echoes could have masked or biased acoustic estimates of targeted species during acoustic surveys. Echo misclassification errors could bias acoustic estimates more than 80%. Though the novel ID technique is still in early phases of development, it can be concluded that the technique is simple to integrate in surveys and more robust than the currently applied ID techniques. The results from the swimbladder, though roughly described, established a start for ichthyologic and physiological investigations to establish why and/or how the gobies survive the harsh anoxic conditions along with the hake and horse mackerel that are also physoclist swimbladder species.

There has been an urgent need to evaluate and monitor non-exploited, yet ecologically important species especially as part of the effective implementation of Ecosystem Based Fisheries Management (EBFM). The potential of acoustics as a marine ecosystem tool is limited by the need and uncertainties in 1) species identification and 2) TS of resolved targets which are the two key elements addressed in this study. Thus, my research is providing possibilities to assess gobies and jellyfish by multifrequency acoustics as an integral part of EBFM.